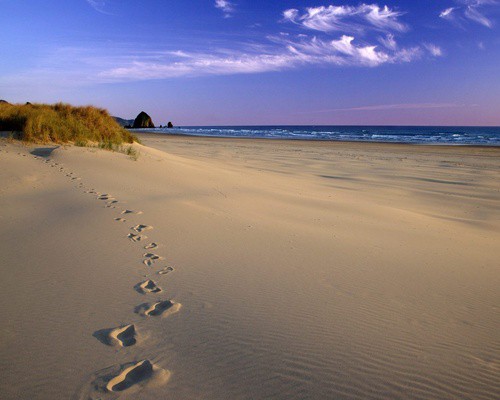 We built DeskAway during 2006–2007. This was my plunge into the software product business from a service business. Looking back, I am glad I had the sense to realise that SaaS/ Cloud was going to be the future of the software business. In addition, a service business can be a good money churner but very hard to scale. I often felt I was running a HR company. On the flip side, I was a newbie to the product space. I looked at how other companies (all in North America) had hacked it and thus began my journey in the SaaS space.

In July 2007 we released DeskAway to the world — which meant, just our team.

The next few weeks were about email — I opened up my email program (Thunderbird for Windows) and fired off a few dozen mails to friends, family and recent business contacts.

We then spent the next 4 months adding new features (including a payment gateway) to DeskAway.

Welcome and user on-boarding messages were setup as cron jobs so updating or adding more messages meant messing with the code.

Cloud servers were unheard of so we hosted on a Rackspace dedicated server and paid a bomb for it.

Scalable file storage like Amazon S3 was new and I was hesitant to use it. It was easier storing files on the dedicated server itself.

I don’t think email delivery services like Postmark and Sendgrid existed or even if they did I had not heard of them.

During this time Twitter was being used by early adopters. A couple of blogs covered us and I thought this was awesome.

We started collecting emails early on and sent out newsletters every month.

We got our first customer after nearly 6 months. This happened on January 1st — do you know the feeling of partying it up New Years night (and that too in Dubai) and waking up groggy just to see an upgrade.

We weren’t aware of any tools to measure app analytics and what our initial users were doing.

Most decisions back in 2007–2008 were made on a hunch. We saw what others were doing in the SaaS space and tried to experiment. In India, there were very very few people who I could talk to regarding enterprise SaaS. This was just so new.

Things were slow, manual and social media was just about picking up speed.

Things have changed and how. I am having a blast building and growing Brightpod — a ridiculously simple task management app for marketing teams.

We use numerous tools to help build and automate Brightpod.

Our prospects are buzzing and hanging out on Twitter and Quora. We listen to what they want and engage. Just like in real life but now we can do this sitting at home.

Inbound marketing is a fantastic way to get warm leads into your sales funnel by having them find your product.

I get a stream of information (which I filter regularly) on digital marketing from KissMetrics, Search Engine Watch, Social Media Examiner etc.

If I am stuck, I can find my way out by a simple google search.

Today, user analytics is a piece of cake thanks to KissMetrics and Intercom. I feel in control.

There are tons of blogs and directories where we can get Brightpod reviewed.

Most importantly, people are getting very used to using SaaS and Cloud tools and are well educated compared to 2007. Back then, I had to explain prospects the benefits of SaaS. I wrote dozens of articles and even wrote a book on why every company must leverage SaaS. Today, it’s educating people on the benefits of the product and how it can make their lives easier. The SaaS buy-in has long happened.

Today, I can run my business from my iPhone. Most of the apps that power Brightpod are backed by an apps so I can check-in even if I am on a beach in Mykonos, Greece (the best place in the world).

Responsive design frameworks are so awesome (Foundation, Bootstrap, Skeleton etc.) that I setup the Brightpod website without any help so my dev team could focus on the product.

I have an Evernote notebook where I save useful code snippets, Javascript scripts, CSS hacks, libraries etc. This list is growing every week. Developers are writing less code today than they were before.

The SaaS journey has been amazing so far. It is so much faster in 2013. The world is much much smaller. Even more exciting is building out Brightpod and experimenting with a lot of new things. The next 6 months will be interesting as we reach out to more people.

Lot learnt and lots to learn.