Books I Have Enjoyed Reading 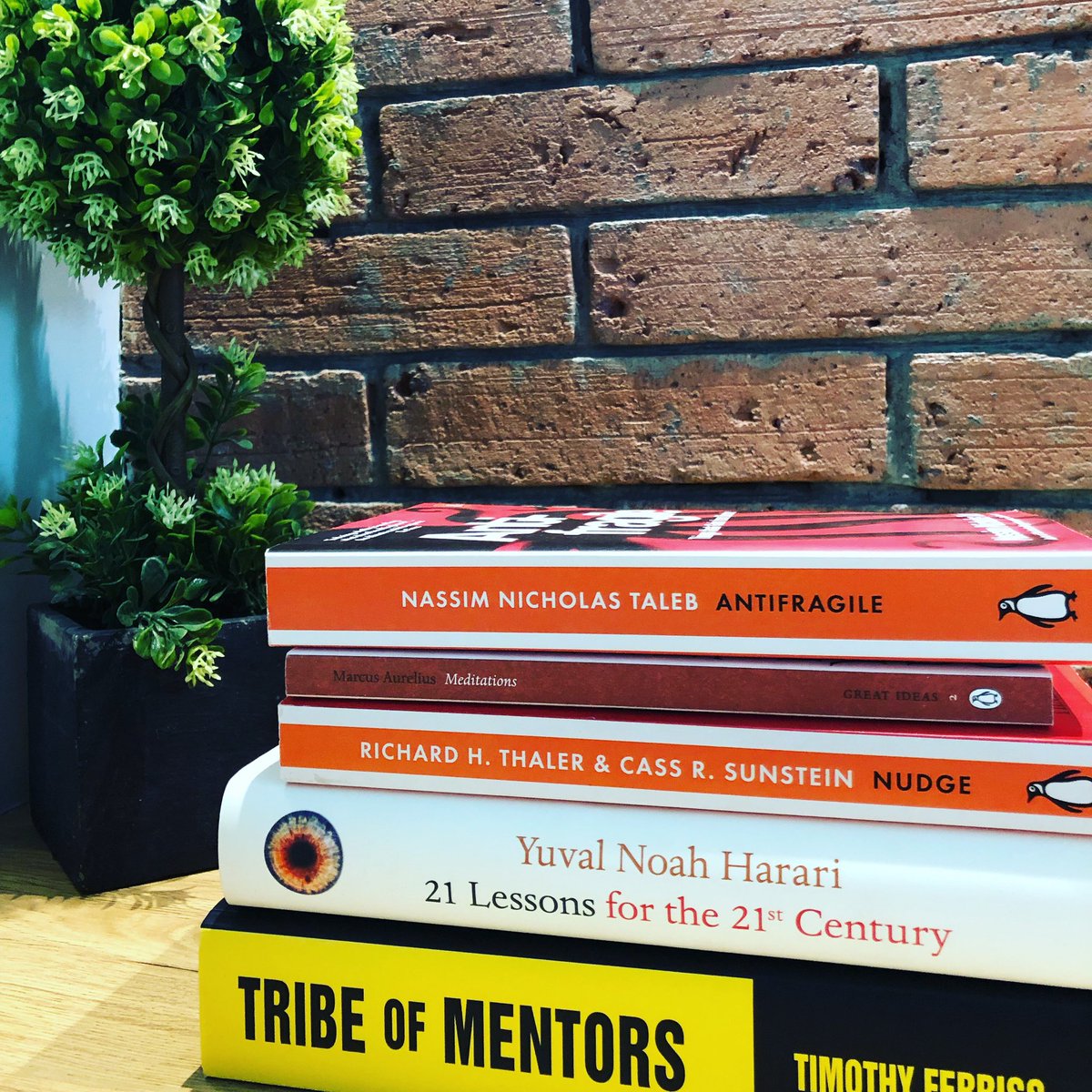 Think Again: The Power of Knowing What You Don't Know by Adam Grant

The Boy, the Mole, the Fox and the Horse by Charles Mackesy

The Best We Could Do by Thi Bui

Breaking the Habit of Being Yourself by Dr Joe Dispenza

The Key Man by Simon Clark

An Elegant Defense by Matt Richtel
The Extraordinary New Science of the Immune System: A Tale in Four Lives

The Happiness Equation by Neil Pasricha

The Ride of a Lifetime by Robert Iger

You Are Awesome by Neil Pasricha

Shape Up by Ryan Singer

The Art of Noticing by Rob Walker

The Archer by Paulo Coelho

The Psychology of Money by Morgan Housel

The Almanack of Naval Ravikant: A Guide to Wealth and Happiness by Eric Jorgenson

Zen: The Art of Simple Living by Masuno Shunmyo

The Five People You Meet In Heaven by Albom Mitch

How to Be Bored by Eva Hoffman

You Are the Placebo: Making Your Mind Matter by Joe Dispenza

Stillness is the Key: An Ancient Strategy for Modern Life by Ryan Holiday

The Meditations: An Emperor's Guide to Mastery (Stoic Philosophy Book 2)

21 Lessons for the 21st Century by Yuval Noah Harari

The Book of Ichigo Ichie

Tribe of Mentors by Timothy Ferriss

The Obstacle Is The Way by Ryan Holiday

The Manual: A Philosopher's Guide to Life (Stoic Philosophy Book 1)

Company of One by Paul Jarvis

Deep Work: Rules for Focused Success in a Distracted World by Carl Newport

Tools of Titans: The Tactics, Routines, and Habits of Billionaires, Icons, and World-Class Performers by Timothy Ferriss

My Morning Routine by Benjamin Spall and Michael Xander

Built to Sell: Creating a Business That Can Thrive Without You by John Warrillow

Anything You Want: 40 Lessons for a New Kind of Entrepreneur by Derek Sivers

Don't Sweat the Small Stuff: Simple Ways to Keep the Little Things from Taking Over Your Life by Richard Carlson

How to Fail at Almost Everything and Still Win Big: Kind of the Story of My Life by Scott Adams

The Subtle Art of Not Giving a F*ck: A Counterintuitive Approach to Living a Good Life by Mark Manson

Starts With Why by Simon Sinek

The Mayo Clinic Guide to Stress-Free Living by Amit Sood

Zero to One: Notes on Start Ups, or How to Build the Future by Blake Masters, Peter Thiel

No Easy Day: An autobiography of a Navy Seal

How to Win Friends & Influence People by Dale Carnegie

Inside Apple by Adam Lashinsky

Death in Mumbai by Meenal Baghel

An Unexpected Twist by Andy Borowitz

The Last Lecture by Randy Pausch

Outside Innovation by Patricia B. Seybold

The Tipping Point by Malcolm Gladwell

Small Is The New Big by Seth Godin

Selling the Invisible by Harry Beckwith

You Inc. by Harry Beckwith

The Invisible Touch by Harry Beckwith

Good to Great by Jim Collins

Built to Last by Jim Collins

What Clients Love by Harry Beckwith

The Art of the Deal by Donald J. Trump

As the Future Catches You by Juan Enriquez

The World Is Flat by Thomas Friedman

The Pragmatic Programmer by Andrew Hunt and David Thomas

The Elements of User Experience by Jesse James Garrett

Manage Your Day-to-Day: Build Your Routine, Find Your Focus, and Sharpen Your Creative Mind (99U) by 99U

Startupland: How Three Guys Risked Everything to Turn an Idea into a Global Business by Mikkel Svane

Traction: A Startup Guide to Getting Customers by Gabriel Weinberg, Justin Mares

The Billionaire’s Apprentice: The Rise of the Indian-American Elite and the Fall of the Galleon Hedge Fund by Anita Raghavan

Beyond Re-enginnering by Michael Hammer

The Soul of Money by Lyne Twist

The Inner Game of Golf by Timothy Gallwey, W

How I Play Golf by Tiger Woods