The lockdown in India started on March 24th. It's been three months and has been a challenging experience for me. I have been home since mid February, post my first surgery. While recovering, I had ample time to think about the road ahead, what's working and what is not in my professional life. My mind was buzzing on most days. Some days I would be aware of my thoughts, and the other days it would be a downward spiral. Having so much time to think can sometimes be detrimental, and I often forced it to steer to a better place. By the way, Coders by Clive Thompson is a great book if you want to understand programmers/ coders/ developers (whatever you want to call them).

Over the last year, I did feel I was treading upstream. I was managing Brightpod (it is self-running and does not require a lot of attention), but I wasn't doing anything new. I didn't know if I wanted to start another product, write another book or work with different companies to get their tech stacks in order. I felt I was not producing anything! One afternoon, I read Ikigai and thought about what's going on—I used to be very passionate about what I did so why was I confused? 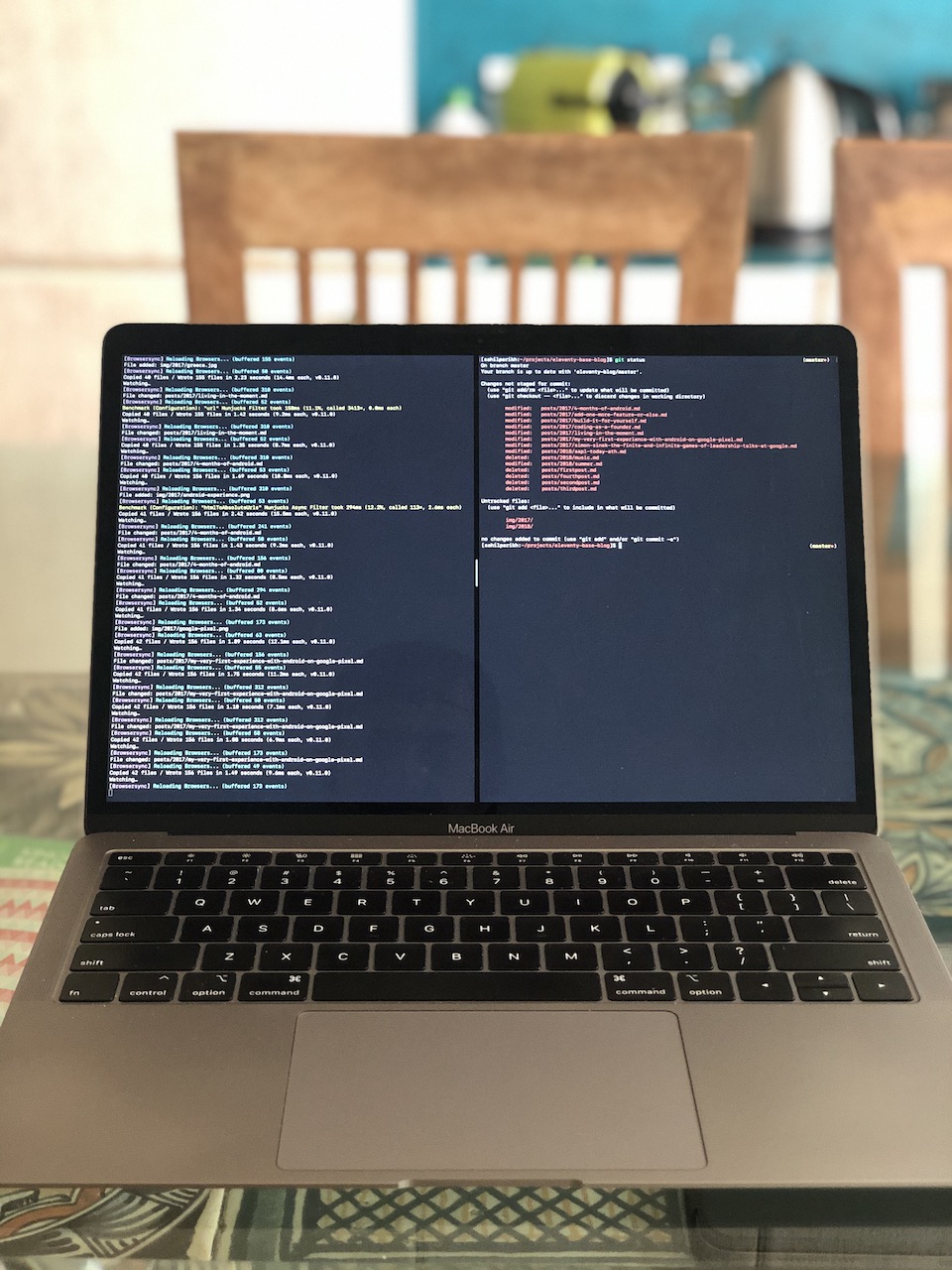 After my second surgery three weeks ago, I spent a few more days thinking about what excited me when I was out of college and starting my career in software development (circa 2000). I think I have done what I could have with Brightpod in a crowded marketplace. Now, my mind keeps nudging me to do more. Maybe, even find a new home for Brightpod.

Programming is a way to express yourself.

I took myself to where it all started.

Back in 2000, I was a senior at UNC-Chapel Hill as a computer science student. Outside of class, and on weekends, I would code and constantly learn new things. I would sample code, create random side projects or help out on dev forums. While at school, my custom flash-based website got me a fantastic part-time coding gig with a neuroscience professor at the nearby Duke University.

In software, the joy of building something out of nothing is what excited me. Even when I got a job with an e-healthcare company, I was developing online services while living in the ‘terminal’ and "IDE" :) I enjoyed solving problems. I loved writing code and being in the zone. It felt like meditation.

After I moved back to India in 2005, I caught the entrepreneur's bug and started a web design and development company. I would still write software and design websites, but my goal was to build a team to do it so that I could be the ‘chief trailblazer’.

In 2007, I effectively stopped writing software and built a team to do the same—I decided to steer the ship instead. I am so grateful that I experienced this journey. It came with different highs of being featured in various publications, being interviewed and invited to speaking engagements. Oh, and not to mention being an author. Do I regret that decision? No. I had to experience being a CEO to know what I love doing. As they say, the journey is more important than the end goal.

In March of this year, I realised that I would take being homebound as a way to dive back into code and to see if I still enjoy doing it. I want to see where this takes me, rediscover the part of me that feels connected to self. I started learning Flutter. Then, in April, I dived into Swift programming. After my second surgery in early June, I plunged into Eleventy & Tailwind CSS - my personal goal was to move this blog from Squarespace to here (Eleventy, Tailwind CSS on Netlify). I ran git commands, learned about NPM, build process, cloned repositories (to see how others have done something similar), understood some Nunjucks, interacted with a few developers on Twitter and just soaked up a lot of stuff to get this blog going. I got the feeling of being left out of so much that has happened in the front-end stack.

Last week, I bought sahilparikh.dev (to firm up my decision on going on this path) and moving all my posts here.

What I am feeling right now is a deep sense of satisfaction when I am ‘in code’. It feels like going downstream. I wake up early to get started, and time flies by. Other than that, I am going to use this personal blog as a playground to write and try out new things for the next few months. Who knows where this journey will take me, but I am keeping an open mind and just doing what I used to love.

Do more of what makes you happy. Everything else will fall into place.

Join the conversation on Twitter. Or, if you liked this article and think others should read it, please retweet it.
These are webmentions via the IndieWeb & webmention.io. Mention this post from your site: